A curious topic with which to revive my blog. Ironically, being on strike leaves me at a loose end - with, finally, both the time and the inclination to actually write something new!

As I type this, our fourth day on strike is drawing to a close. Four days of a possible fourteen, with ASOS (Action Short Of a Strike) potentially to follow. This is action by UCU members on an unprecedented scale, reflecting just how angry and determined we are.

If you've not already seen the extensive media coverage, the issue in question is the future of our pension scheme, USS. Universities UK, the body representing our employers, wants USS to become a defined contribution scheme, in which our future retirement income is uncertain, dependent entirely on the vagaries of the stock market and likely to be significantly less than it is at present - to the tune of £10k per year for staff in the early stages of their career. We wish to retain defined benefits, whereby our retirement income will be known.

Most people these days don't enjoy the advantages of a defined benefits pension scheme, but it's important to realise that this has traditionally been seen as one of the perks of an academic career: partial compensation for the fact that our salaries are generally significantly lower than those enjoyed by equivalently qualified people in the private sector. If we lose defined benefits, we lose one of the things that attracts talented young people to academia, and the sector suffers as a result.

What's particularly irksome about the current situation is the largely spurious nature of the justification given for dropping defined benefits. It's claimed, for example, that a huge deficit exists, such that the assets of USS will be insufficient to pay the pensions of all those in the scheme if payments into the scheme were to cease. Now for a normal company pension scheme such a deficit would matter, because companies do sometimes go bust. But for this to be a problem for USS, all member universities would have to go bust simultaneously. The probability of this happening is essentially zero.

Then there's the fact that this notional deficit is merely a prediction, based on a number of assumptions and particular, overly prudent choices about how the scheme's funds would be invested. For example, it assumes that academic pay will increase each year at RPI + 1% - but why would we believe employers will offer this in the future when they've done their utmost to avoid doing so in the past? 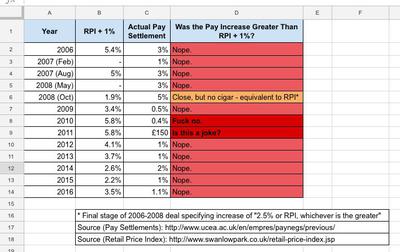 It seems like UUK has decided on an outcome it prefers - one that transfers the risk from employer to employee - and then made the assumptions needed to produce that outcome. That simply cannot be right.

Astonishingly, UUK even made the claim that, in a consultation over the future of USS, 42% of HE institutions had called for 'lower risk' - only for it to emerge later than they were counting the responses of individual Oxbridge colleges as equivalent to those of full universities! And just to be clear here, the Oxbridge colleges collectively have only 1.7% of active USS members (2009 figures).

All of this leaves a very sour taste in the mouth, and the lingering feeling that UUK are not going to negotiate in good faith. Which means that we may be in this for the long haul.

Be assured that we don't want to strike for fourteen days. We certainly don't want to inflict all of that disruption on our students. And none of us want to lose fourteen days of pay, nor can many really afford to do so. But better a little pain in the short term than a much bigger pain when we eventually retire. 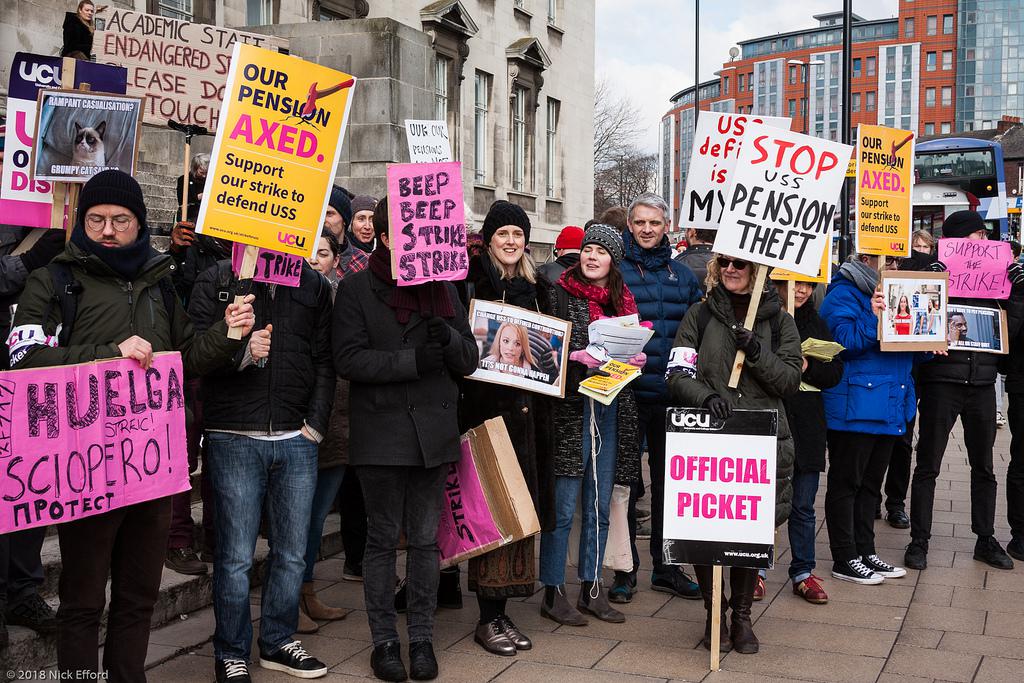 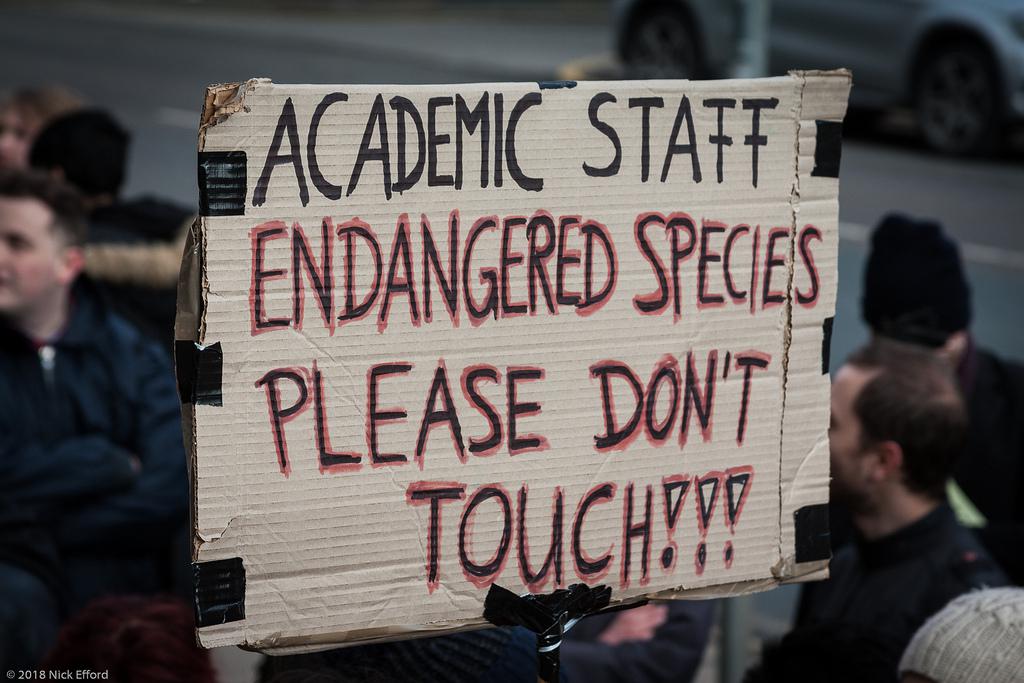 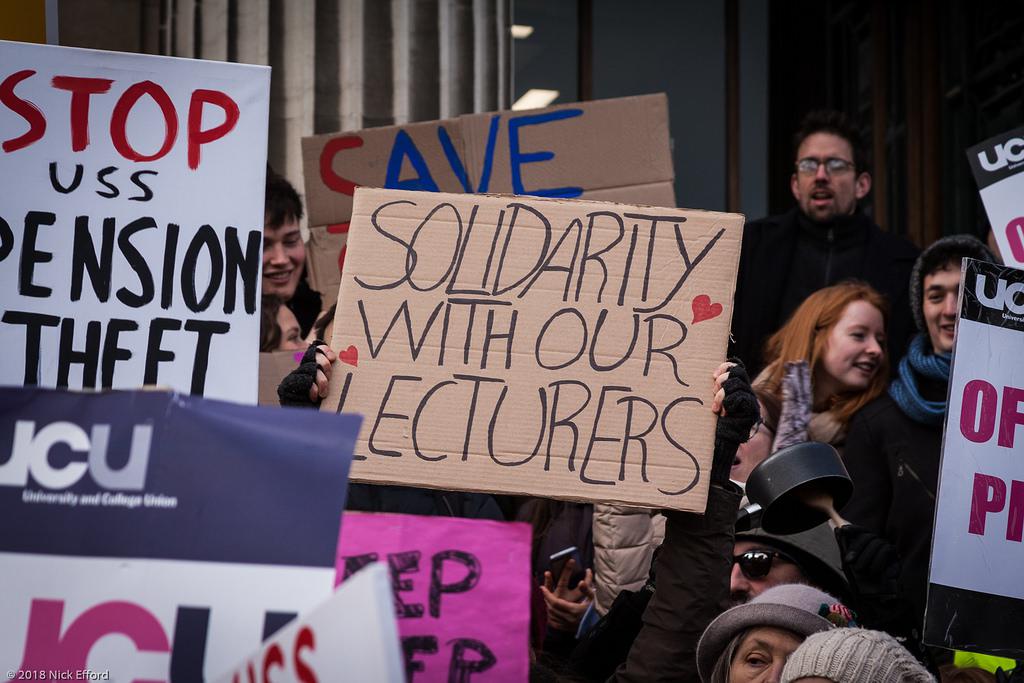 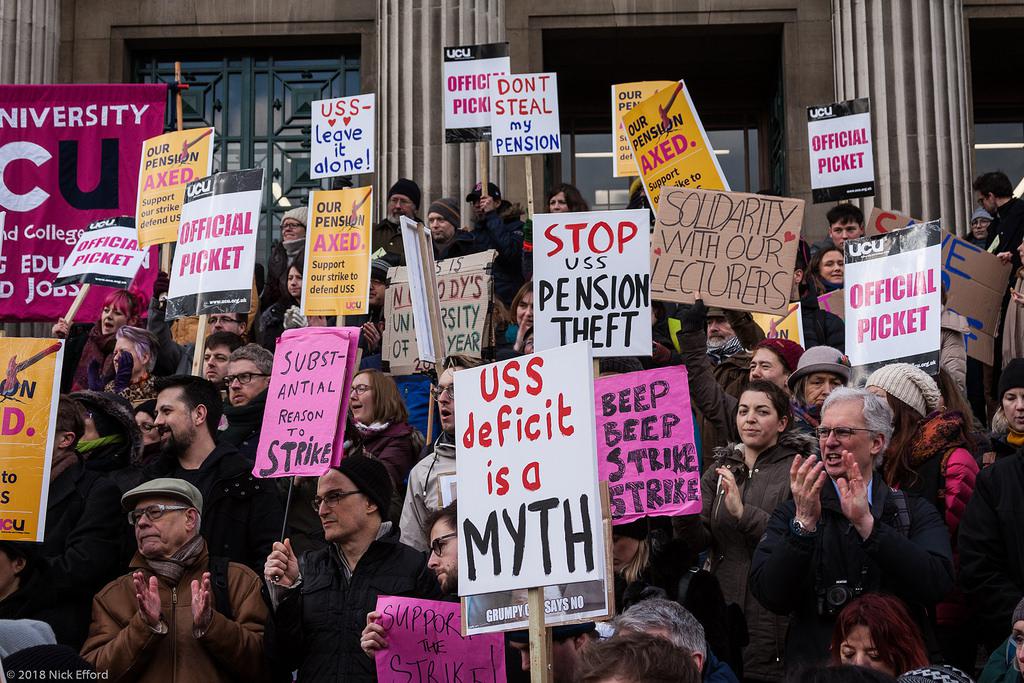 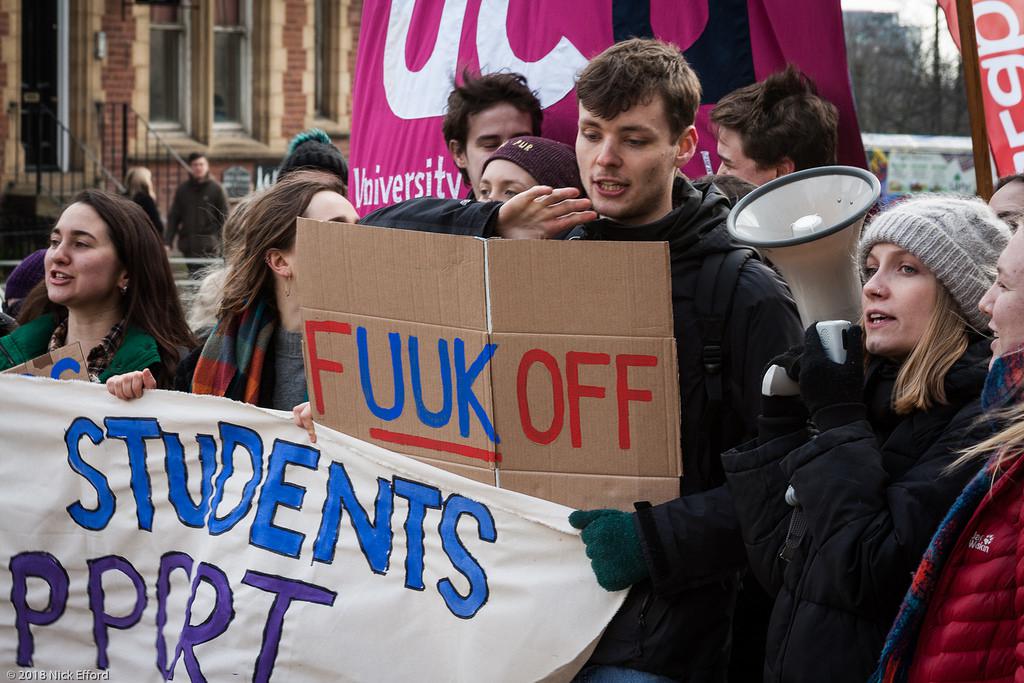 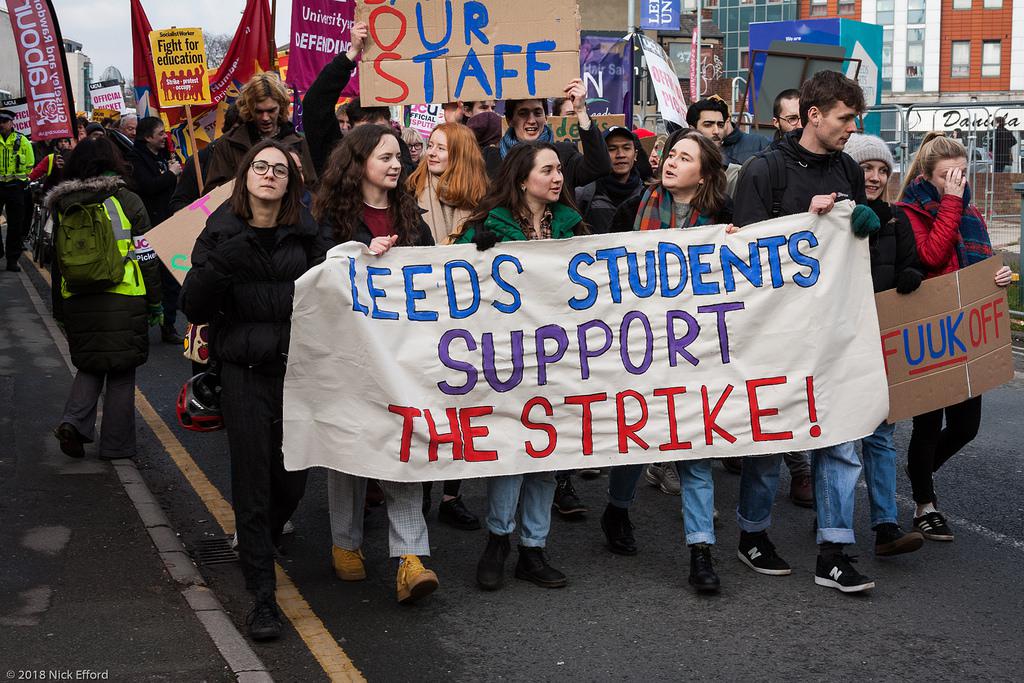 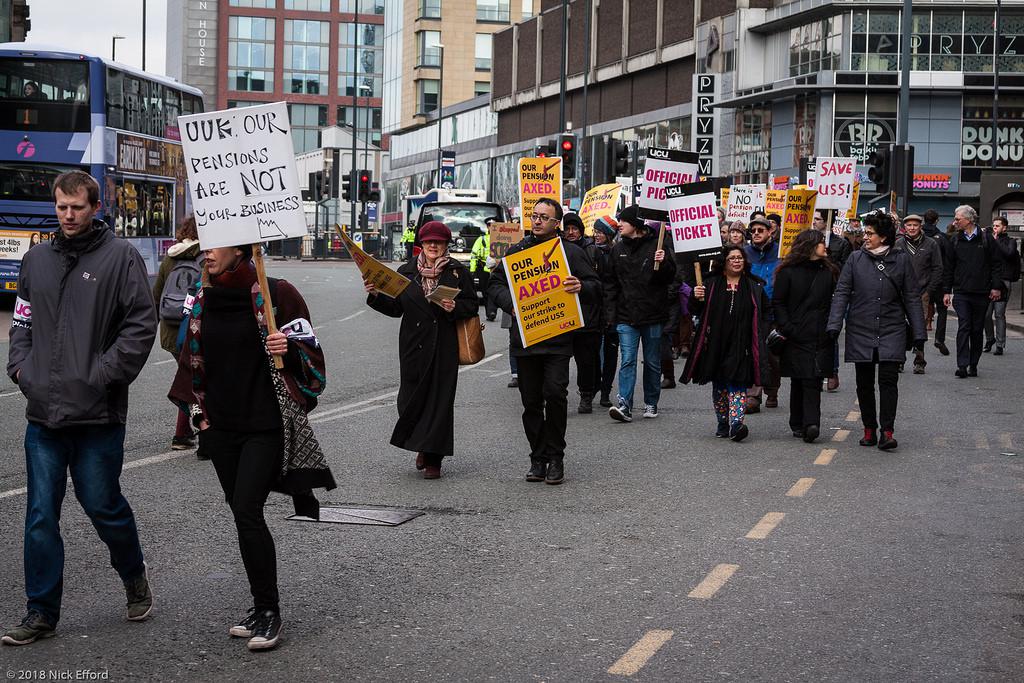 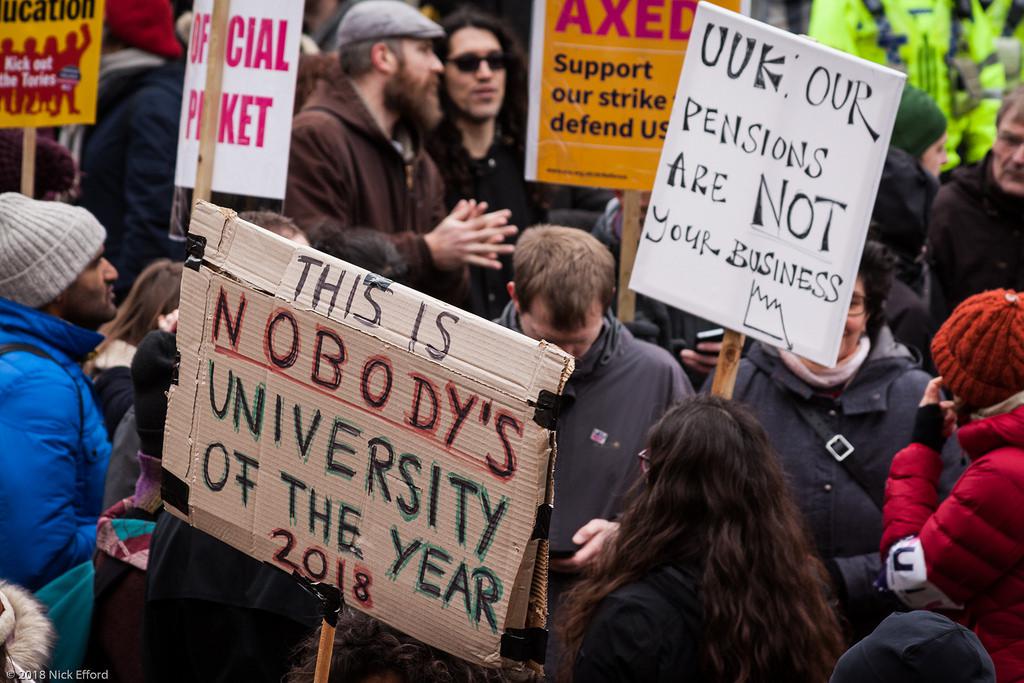